THE EVOLUTION OF HOUSE SIZE IN AMERICA

The development of countries is dependent on a variety of things, such as history, culture, geography, and economics, America is no exception. We have become one of the richest countries, with some of the largest homes, yet the number of people who occupy these homes continues to decrease. Learn how the evolution of house size in America directly intertwines with American history itself.

It seems that America is reevaluating what it’s priorities are in recent years, and turning from large McMansions at 3,000-5,000 sq.ft to tiny and small homes at under 1,000 sq.ft. Why is this? How did we get here? and How do we move forward?

America has a relatively young history in comparison to other countries allowing for urban development in ways that our European neighbors couldn’t. Europe had been fortified hundreds and sometimes thousands of years prior and could only expand as far as the land allowed them (with no automobiles). The same could be said for many countries throughout Asia, such as Japan, India, and much of the middle east. All countries that in modern-day have smaller house sizes in comparison to America.

America’s history is almost always interconnected to the creation of the automobile. While we did not ‘invent’ the automobile itself (We must attribute that to Wilhelm Maybach of Daimler Motoren Gesellschaft for the 1901 Mercedes). However, Henry Ford in 1908 introduces the Model T and the invention of the assembly line. This is where the automobile industry flourished in America. “In 1913, the United States produced some 485,000 of the world total of 606,124 motor vehicles.” (Automobile History, 2018).

So why is the automobile so important to the expansion of house size in America? The answer is that we were able to work in cities (make more money), then drive home, (on interconnected highways), to our large homes in the sprawled out suburbs.

Apart from the importance of the automobile, one must also recognize the role that WWII played on countries in Europe and Japan, in comparison to America. The majority of European countries had to focus on rebuilding what had been destroyed by the war. While America, apart from Pearl Harbor, had been relatively untouched. We were also able to keep our economy stable by the sale of weapons throughout the war, because of this, post-WWII in America allowed for expansion to our urban & suburban development.

Culture and geography are defining elements when it comes to housing development within differing countries. When you take a look across the world and compare the average house sizes of wealthy countries you see a significant gap. In many cases, there is a correlation to the geographical size, as well as the social culture within each country.

As seen in the above comparisons, the simple size of each country seems to play an important role when analyzing average house sizes.

However, a country like Russia, which has the largest geographical area averages at 500sq.ft for housing. (Manaeva, 2018)

“The creation of the Federal Housing Administration in 1934 to the zoning mandates of individual towns and cities—fueled the growth of suburbs, and in turn the growth of the houses of which they were composed” (Pinsker, 2019)

America is a large country, in terms of its psychical land allotment. Due to this, we have been able to expand and sprawl across a wide range of areas when forming our cities and suburbs. Our zoning and building codes allowed us to build larger houses with larger plots of land. While countries in Europe have a harder time getting approval for building new structures. So instead of creating multiples of new houses, like we’ve done here in America, they renovate the existing ones.

Many people in America, starting in the 1970s, began thinking of their homes as financial assets rather than just a place to live. The concept of buying the largest house possible with the promise of flipping it and making a profit, flourished. “Dolores Hayden, a former professor of architecture and American studies at Yale. ‘But over the course of the 20th century, government policy, the invention of cheaper, mass-produced building materials, marketing by home builders, and a shift in how people regarded their houses—not just as homes, but as financial assets—encouraged ever-larger houses.” (Pinsker, 2019). Adding plenty of benefits to our economy, however, the question of how this would affect our own wallets or health was seemingly overlooked …. Until recently.

Entering into the 21st Century the real estate market was the largest (in size) and most expensive than had been seen prior. As a result, the middle class began turning to more affordable and innovative housing solutions. Tiny houses fit the bill and eventually became a worldwide sensation. However, it was during the economic downturn of 2008 that tiny houses truly began to gain traction within America. People started to downsize from their 2000+ sq.ft homes to smaller, more affordable, and manageable properties.

In 2014, Nina Glinski from Bloomberg states; “The number of tiny houses in the U.S. is, well, tiny — just in the thousands per unofficial industry surveys. Their popularity is growing, however, the U.S. homeownership rate has fallen to 64.8 percent, the lowest in almost 20 years…. Historically, residences under 500 square feet weren’t considered “tiny.” In 1950, houses averaged 983 square feet, according to data from the National Association of Home Builders. The first units in the iconic early American suburb of Levittown, New York, were 750 square feet”

Tiny houses became the perfect solution for a growing problem. Eventually becoming a worldwide phenomenon that surged through our televisions and smartphones. The younger generation places less emphasis on material goods, the older generation is going into retirement, and young families are looking for innovative solutions. The tiny house lifestyle began to solve many problems for many people.

Crook, Adrian. Stuffed: The Decline and Fall of the American Monster Home. 5 Kids 1 Condo. May 5, 2015.  https://5kids1condo.com/stuffed-the-decline-and-fall-of-the-american-monster-home/

How much living space does the average household have in Japan?. Real Estate Japan. August 12, 2017. https://resources.realestate.co.jp/living/how-much-living-space-does-the-average-household-have-in-japan/

Manaeva, Tatiana. What Does a Typical Russian Home Look Like?. Russia Beyond. August 28, 2018.  https://www.rbth.com/lifestyle/329033-what-does-typical-russian-home-like 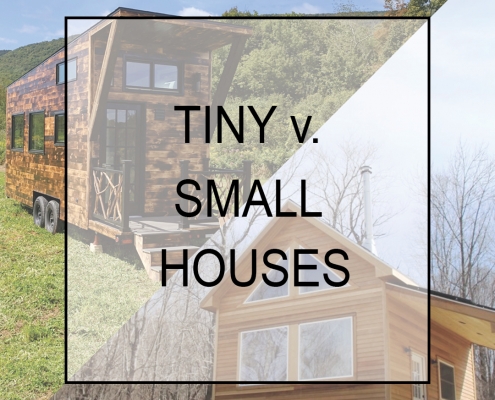 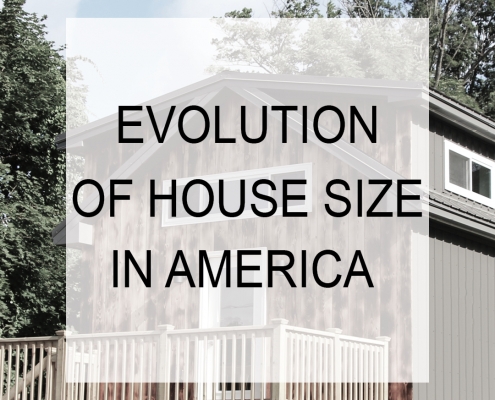 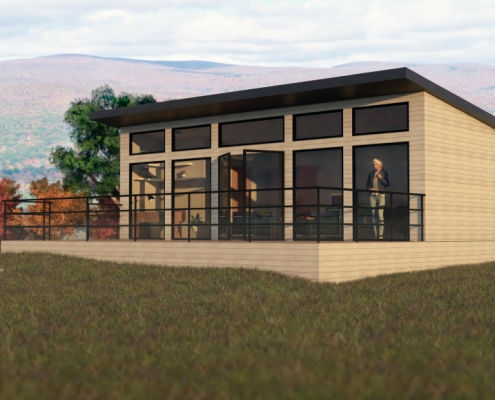 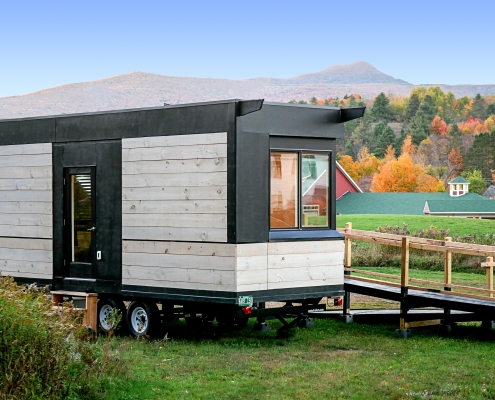 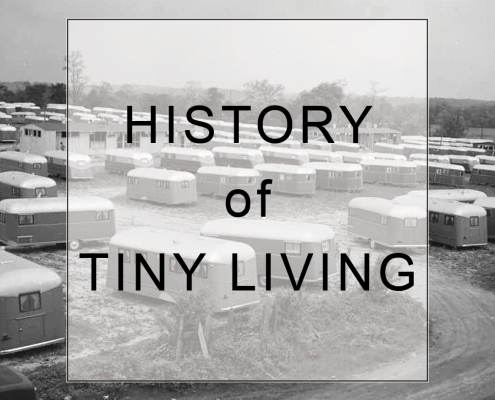 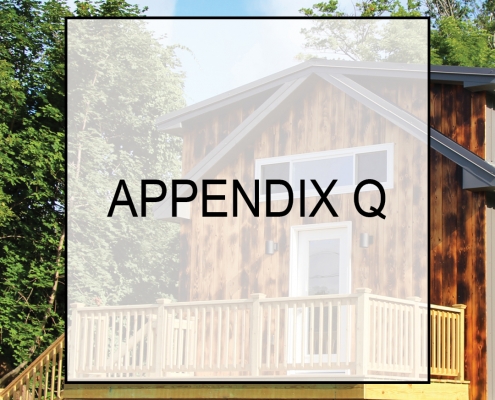 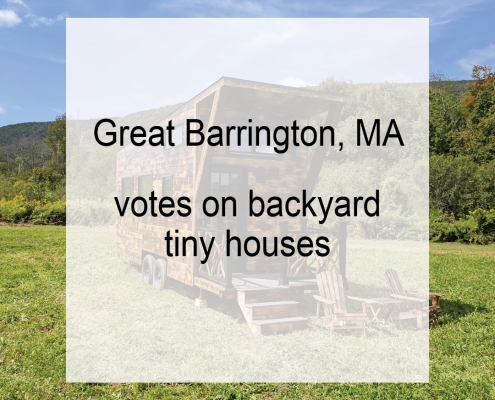 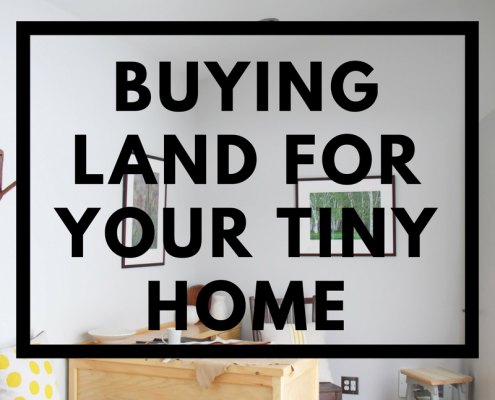