Ram Trucks has just released a commercial featuring how easily their trucks can hitch and tow tiny houses.  In the commercial, a woman and her husband visit the B&B Micro Manufacturing factory where our craftspeople build a tiny house on wheels for them.  Later, they pick up their tiny house with their Ram truck and tow it to a campground where they relax under the stars.

Filming the commercial on-location at our tiny house factory in Adams, Massachusetts took two days (plus more time filming in the other locations) with a crew of about 30 people.  We are thrilled to have our factory, builders, and houses showcased by Ram.

To see more content from Ram Trucks on this commercial, visit https://www.ramtrucks.com/ram-life/outdoors/tinyhouse.html.

Last year, Monsa Publications out of Barcelona asked us if they could feature our Silver Lake Tiny House in their new book: Tiny Mobile Homes: Small Space – Big Freedom. Of course, we said yes!

Today we received the book, and it’s beautiful.  Thank you, Monsa! 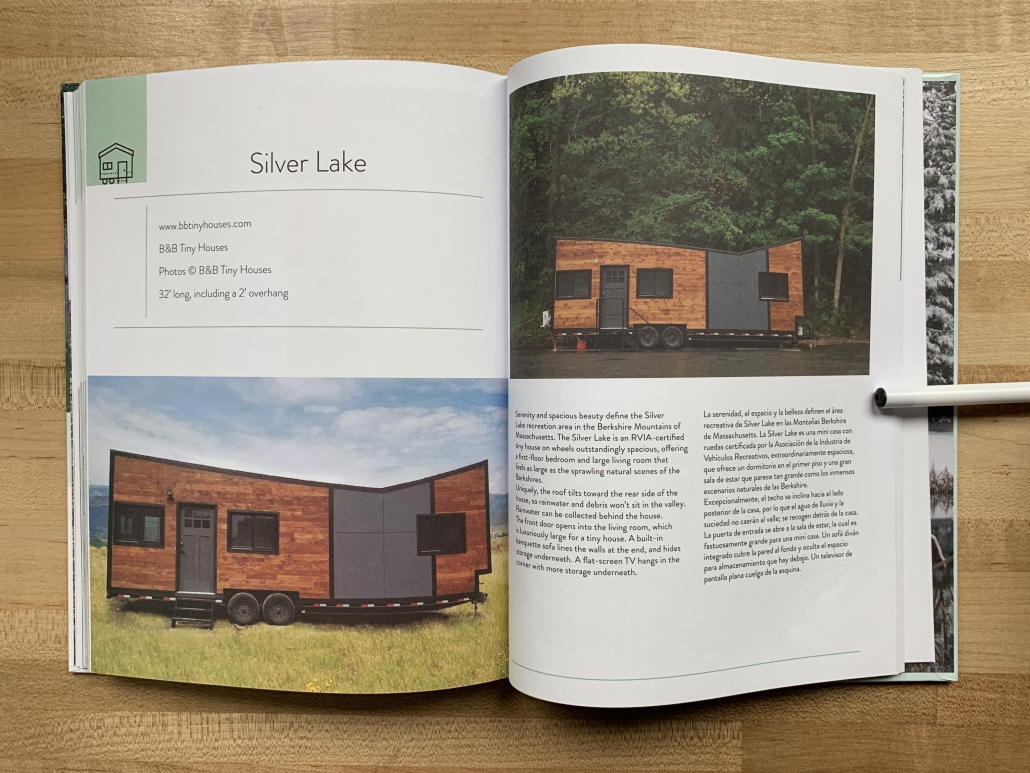 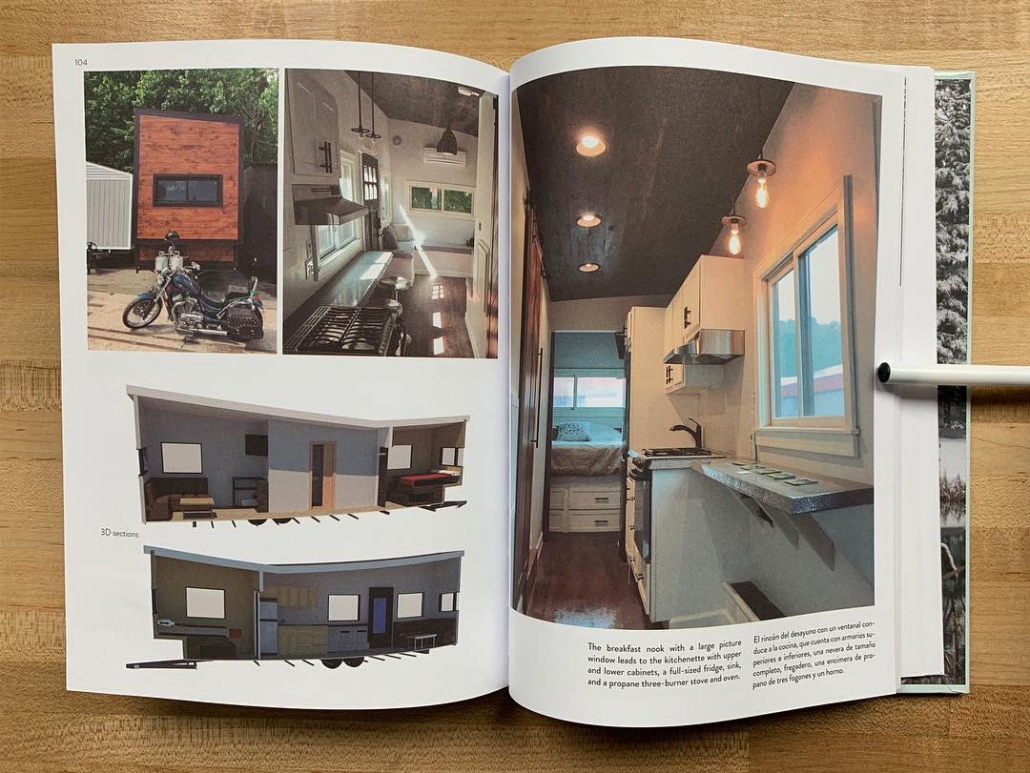 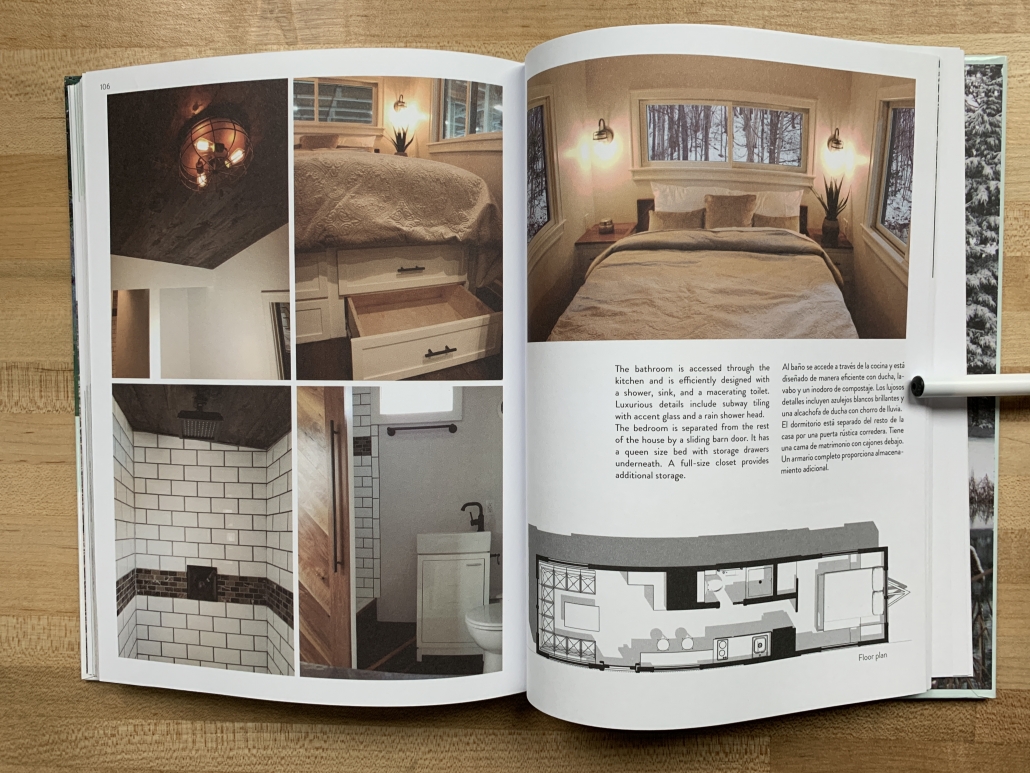 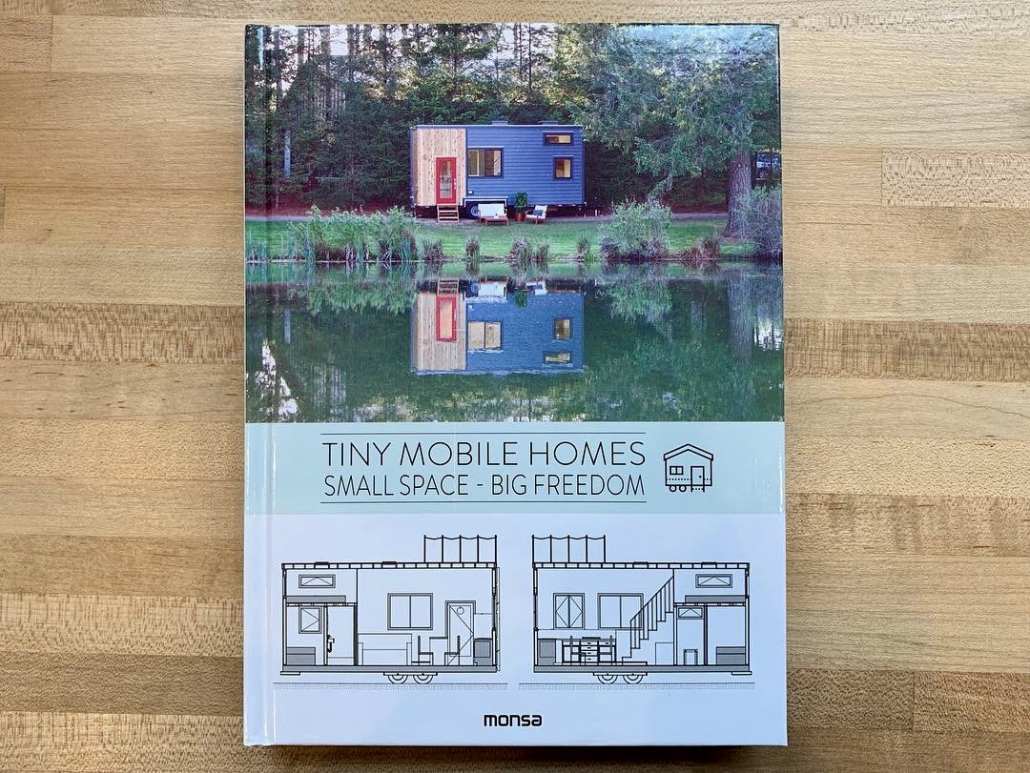 Here’s a link to more info on the book.

We are thrilled and humbled to be one of the twelve organizations honored by Associated Industries of Massachusetts with a 2018 AIM Next Century Award.

“AIM created the Next Century Award to honor the accomplishments of companies and individuals creating a new era of economic opportunity for the people of Massachusetts. These remarkable people and institutions – world leaders in their fields – inspire the rest of us by exemplifying the intelligence, hard work and dedication to success that has built our commonwealth,” said Richard C. Lord, President and Chief Executive Officer of AIM.

We couldn’t have accomplished as much as we have without our team of talented, driven craftspeople; our customers who continuously push our creativity to new heights; and the support of the many individuals and entities in the Berkshires, particularly here in North Adams, who have helped us grow over the past two years.

The regional celebration was held at the gorgeous Hotel on North in Pittsfield. Alongside Canyon Ranch in Lenox, we received the Next Century Award, while Pittsfield’s Berkshire Sterile Manufacturing received the Sustainability Award, given by Associated Industries of Massachusetts.

We’re pleased and humbled to be honored along with twelve other businesses and organizations across the state of Massachusetts for our “unique contributions to the Massachusetts economy and the well-being of the people who live there”. 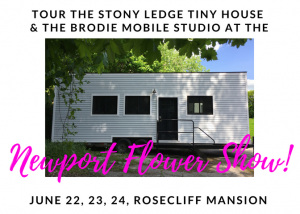 The Newport Flower Show is coming up!

This year’s theme is Cottages: Smart & Small, and @bbmicromanufacturing is proud to be showing off two of our smart, small cottages at the show: the Brodie Mobile Studio and the Stony Ledge Tiny House. Explore the tiny house village, Rosecliff Mansion, and see the events, contests, and gorgeous gardens on the ocean.

Join us June 22-24, 2018 to see all the tiny houses in the Tiny House Village, each with their own garden, and tour Rosecliff Mansion. 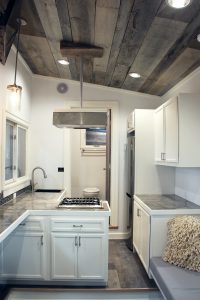 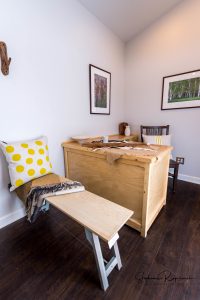 We are excited to announce we will be opening our tiny houses to the public for tours on May 19 from 1-4pm. In addition to touring the Stony Ledge Tiny House and the Brodie Tiny Office/Guest House/Studio, you will be able to see the new parklet we’ve built for the City of North Adams’ Eagle Street Project, purchase sweets from Mountain Girl Farm (they will have cookies for humans and cookies for canines!) and take a $5 tour of our new neighbor, the Museum of Dog.

The tiny open house will be at Windsor Mill, 121 Union St (Route 2) in North Adams, MA— your GPS will take you to the front entrance, but our tiny houses will be in the lot around the left side of the building on Canal Street, right across from the Museum of Dog.

If you’ll be coming from out of town, round out your day by visiting MASS MoCA down the street, taking a hike at Natural Bridge State Park (Massachusetts)or attend the evening Gala at IS183 Art School of the Berkshires. North Adams is a wonderful place to visit! 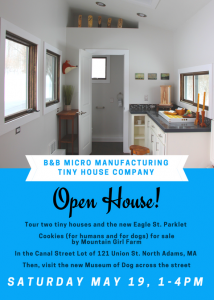 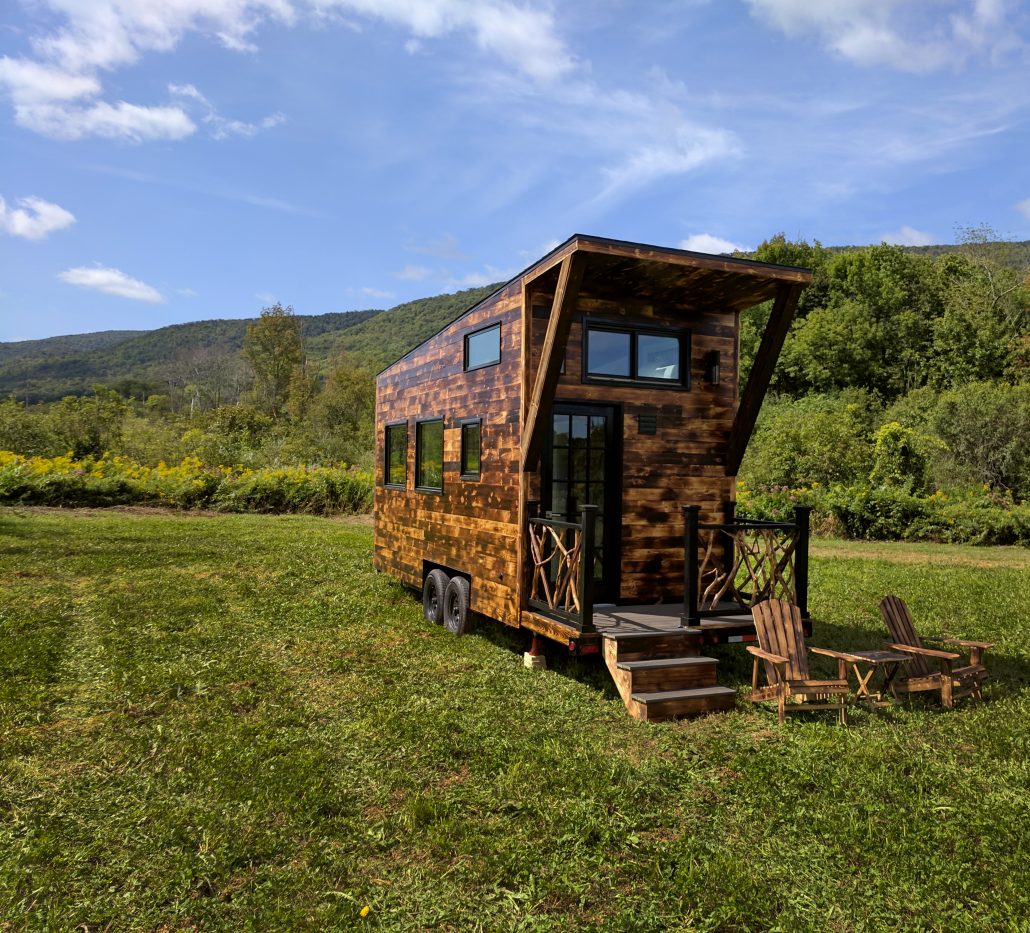 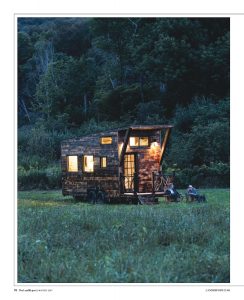 The team at B&B Micro Manufacturing, Inc. is pleased to have our Arcadia Tiny House featured in the Winter 2017/2018 The Land Report Magazine, along with an Editor’s Choice seal: “Serious Gear for Serious Work”.

Feast your eyes on B&B’s Arcadia, a tiny home with sleek modern design and rustic details that are perfect for the outdoors adventurer. The 208-square-foot interior includes a loft and is kitted with premium fixtures and materials; tasteful accents include poured concrete countertops, a rain showerhead, a remote-controlled heating and cooling system, and a built-in Bluetooth audio system. The Arcadia is road-safe and can go off-the-grid or be hooked up to utilities. B&B specializes in small, livable, mobile spaces with a wide variety of options, including DIY Tiny House Shells that allow you to finish the home yourself.